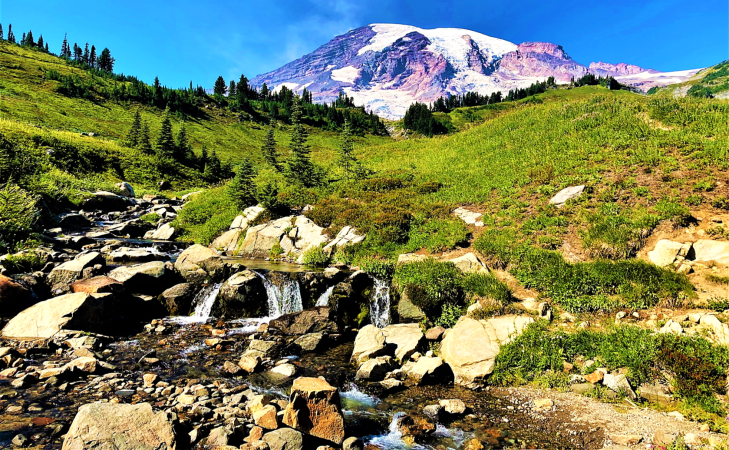 Traveling Gingerbread Note: A single road passes through the South and East areas of Mount Rainier National Park. Trails, overlooks, and scenic viewpoints are clearly marked. The road is in good condition and there plenty of places to pull over along the road to take in the beautiful scenery. Sunrise Visitor Center in the Sunrise/White River area is the highest point accessible by road in the park at 6,400 feet. Unfortunately, during our visit this portion of the park was closed due to wildfires. 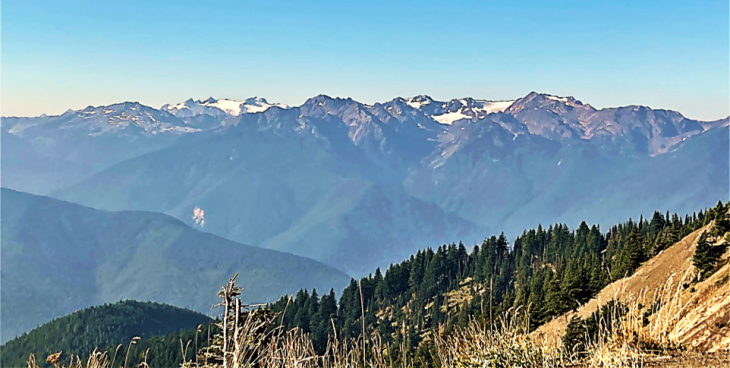 The Olympic Coast National Marine Sanctuary protects more than 3,310 square miles and is home to the most diverse population of marine mammals in North America. 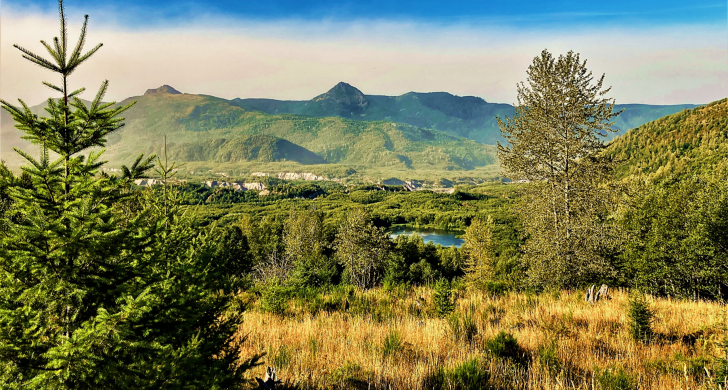 Visiting Johnston Ridge Observatory in the morning the fog was thick blocking most of the mountain. If planning to visit both sides of Mount St. Helens, begin at the East to possibly encounter less fog in the afternoon at the observatory. There is no quick route from Johnston Ridge Observatory (West) to Lava Canyon (South East). We had to retrace our route through Gifford Pinchot National Park to Interstate 5 and Highway 503.